When we had just started dating, my boyfriend misheard the Dutch word for sweetie (schatje) for the word for goat (geitje). So, ever since, my nickname for him has been Goat.

This is why I just couldn’t resist crocheting him a goat once I’d found the perfect pattern for it. It came to me in one of the books from Christel Krukkert and I started working on it as soon as I could. A while back, I finished it and I love how it came out. It looks like it’s a lot bigger than the pattern suggested. In the materials list it noted that you’d need about 60 grams of white yarn, I ended up using over three skeins (more than 150 grams together)! But then again, I used a bigger hook and thicker yarn than it said in the book. 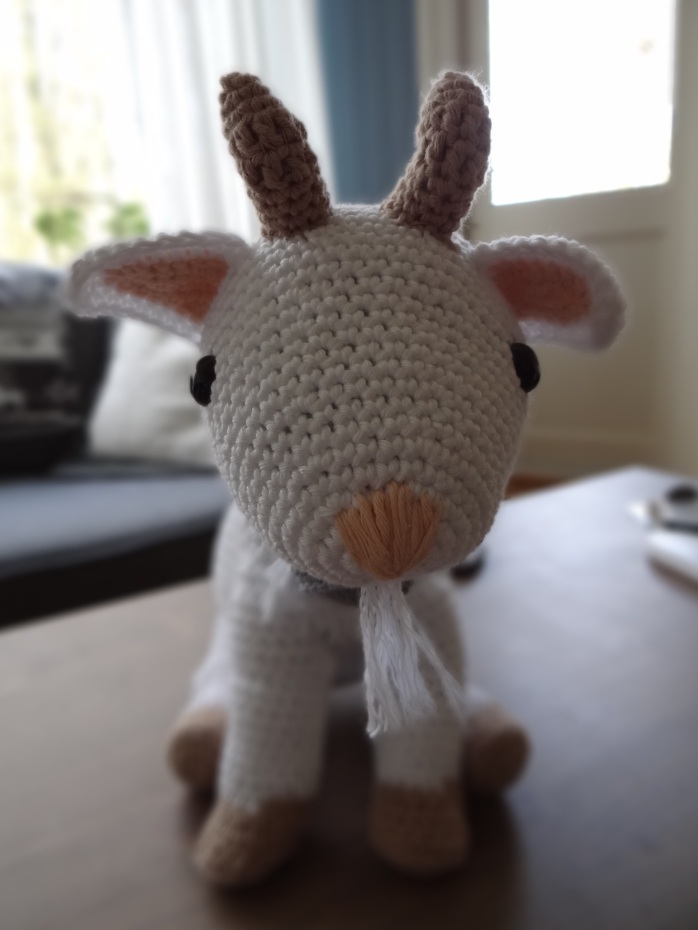 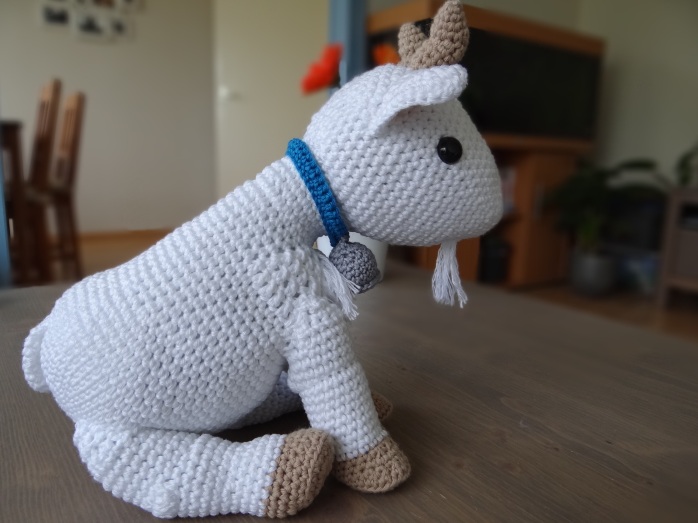 Sadly, it’s a little bit too heavy for its hind legs, so I’ve made it sit.
Inside the goat is a little soundbox. When you turn it upside down and back again, it makes a bleating noise. Which scared the cats halfway across the appartment the first few times. I made a movie of it, but my camera and the computer don’t seem to see eye to eye. So you’ll just have to take my word for it ^_~

Since Smooshy isn’t around anymore to pose with my crochet work, I let our other cat, Wisky, have a try.

Yeah, not so great, actually >_<” Looks like she was a bit scared of it… She poofed up her tail, put up her backhairs and arched her back to look bigger than she really is. Then went and started sniffing the goat. I’ve put it in a less obvious spot, so she won’t get scared anymore ^_^

Last saturday, we picked up a new cat from a local animal shelter, lets just hope he’s better at it. Or maybe Wisky just needs a little practise, I’m not sure.