Last night, I watched ‘Wallace & Gromit: The Curse of the Were Rabbit’. It’s a pretty awesome movie, with some very cute characters. The bunnies really stole the show for me.

It made me think of a project I’d done at the beginning of my ‘crochet career’: the hungry, hungry bunny. 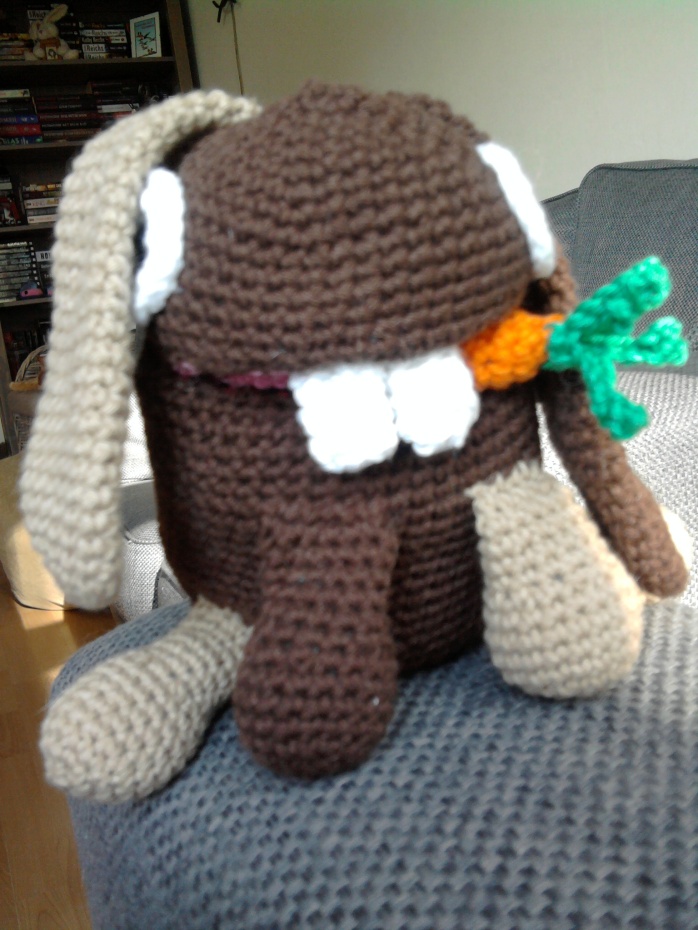 I always say that I don’t like making a pattern twice, but in the end, I usually don’t mind doing the same thing again. But this one will probably never be remade by me. It was so hard to make, especially since I wasn’t very experienced and it has this bag inside its body that you have to work around and it took soooo long to get it right. But in the end, I’m really happy with the result. 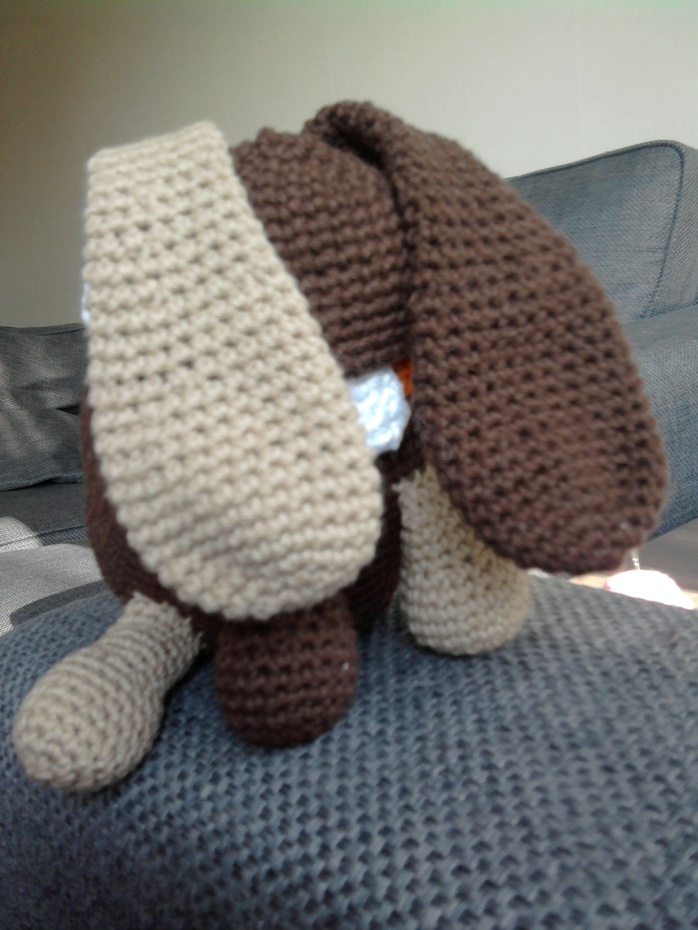 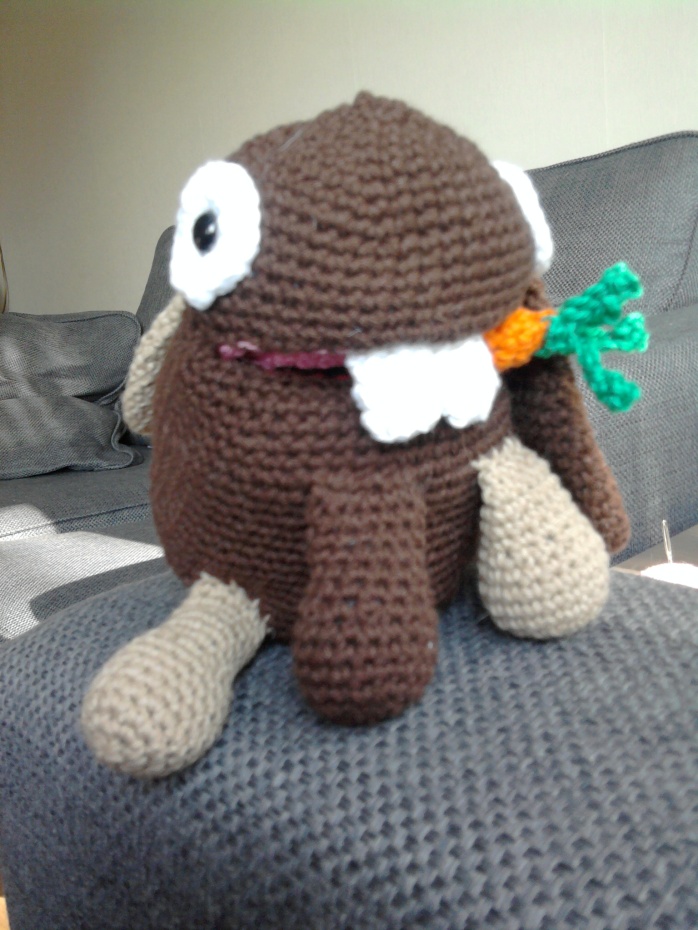 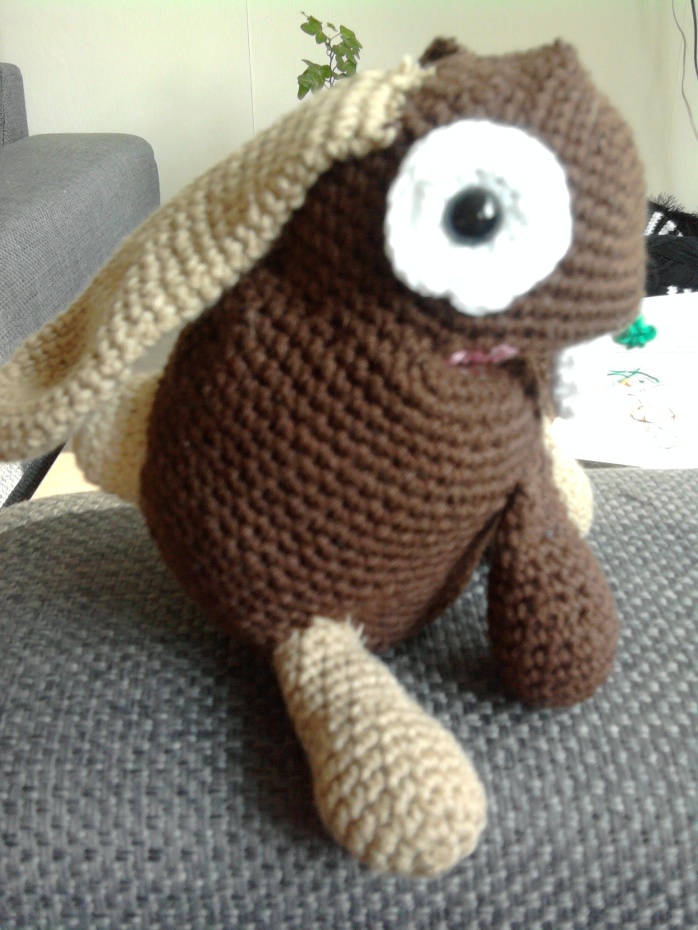 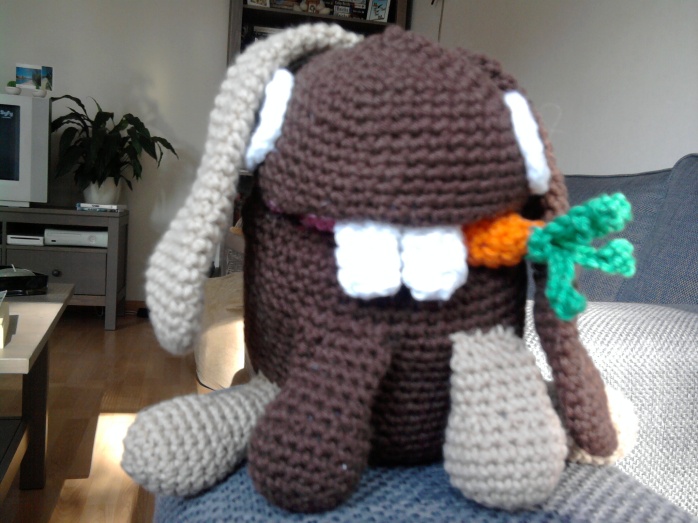 (These are some pretty old pictures, taken with an even older mobile phone, so it’s not great quality, sorry ^_^”)

Right now, I’m trying to work hard on my latest project, a pattern that resembles the Slinky Dog from Toy Story. I came across the pattern via Facebook and it’s been my second project for this week. But due to extra hours at the store, I got a little less time to work on it than I had originally planned. Thankfully, now I’ve got three days off, so I should get it done tomorrow or the day after 🙂

How are you spending your weekend?

One thought on “Cheese, Gromit!!”