So I made my Amigurumi Smooshy a friend: Amigurumi Wisky! 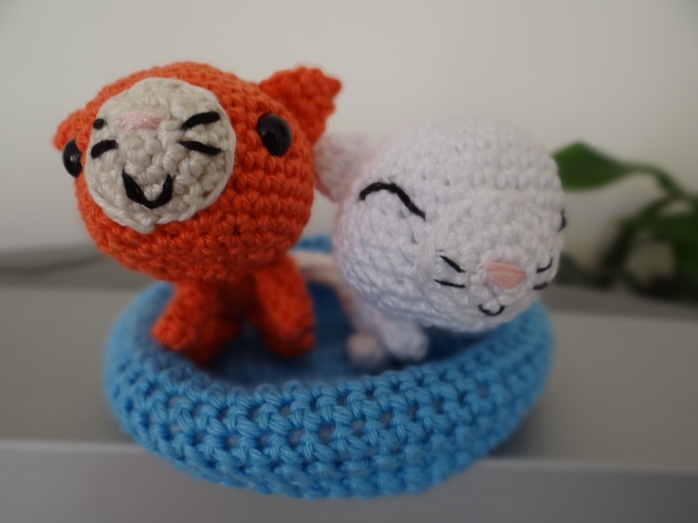 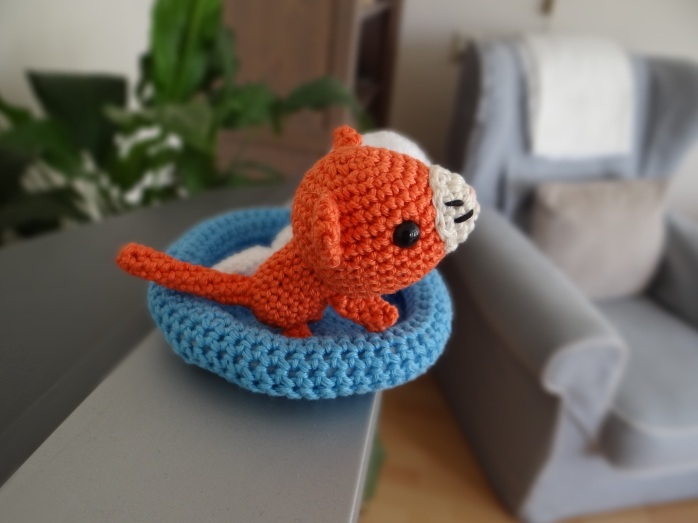 Incidentally, this will also be my entry for the Martingale Crochet-A-Long. Here’s hoping others like it as much as I do ^_^

And since we didn’t want Wisky to be alone for too long, we got a new kitty already. 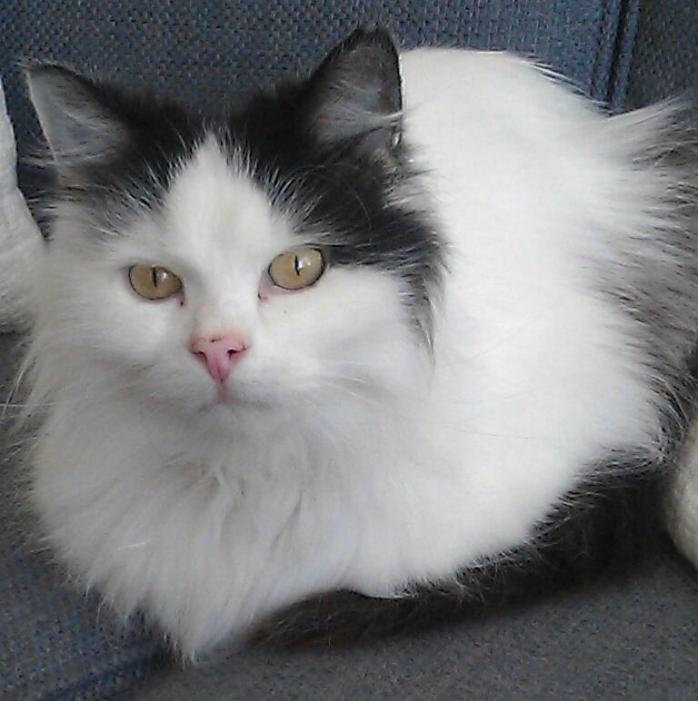 His name is Japie and he’s a six year old roaming rebel who was taken to a local animal shelter. Nobody came to claim him, so he was put up for adoption. We went to ‘just look at some cats’ about a week and a half ago, and I just fell in love with his cute face. He also has giant bearpaws and can look quite fierce, but he’s just a huge cuddle cat. We picked him up last saturday. He’s really sweet and it took just about three days for him and Wisky to get along. Sometimes I think he’s in love with her, the way he just sits right in front of her and stares deeply into her eyes… And then have her hiss and growl at him like he’s the scariest thing she’s ever seen. *sigh* can’t blame the poor little thing for getting a bit nervous about that ^_^’